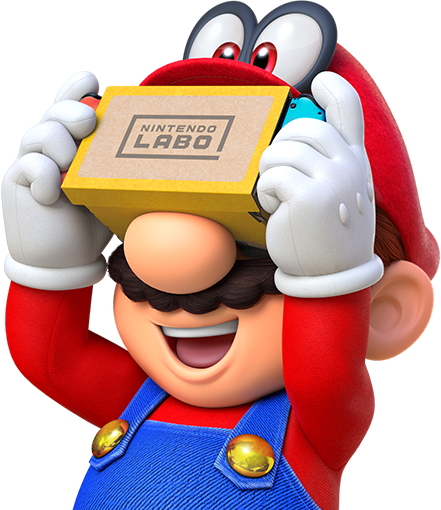 Nintendo has now confirmed that both “Mario Odyssey” and “Legend of Zelda: Breath of the Wild” will be playable with the Nintendo Labo VR system! And the update will be 100% free!

This means that you can put on the Nintendo Labo VR goggles and play these games, and this is just awesome. Nintendo provided this post to its Twitter account to show how it will look:

The Nintendo Labo VR will go on sale on April 12th, and will cost $39.99. The update that will allow this VR play will be released on April 25th.