The Yumeji Art Museum in Okayama, Japan is starting the New Year right, by hiring…a CAT! 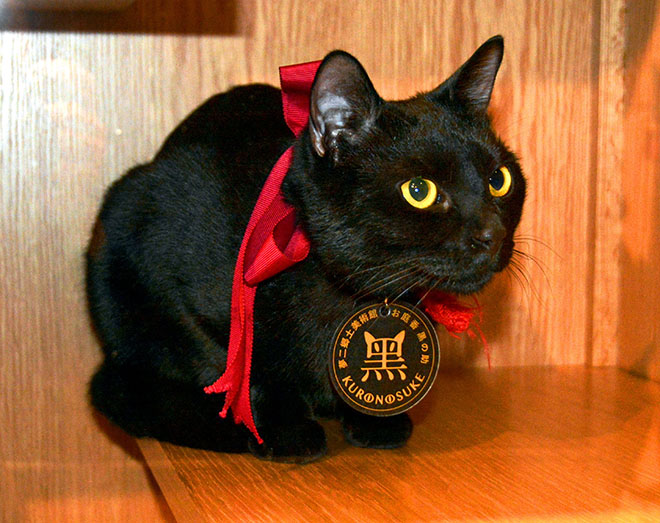 That’s right, Kuronosuke the cat has been given his own office in the museum, and is expected to show-up to work a couple of time each week. Of course, he has his own uniform–a red string tied around his neck, and his “job” is to welcome visitors to the museum. 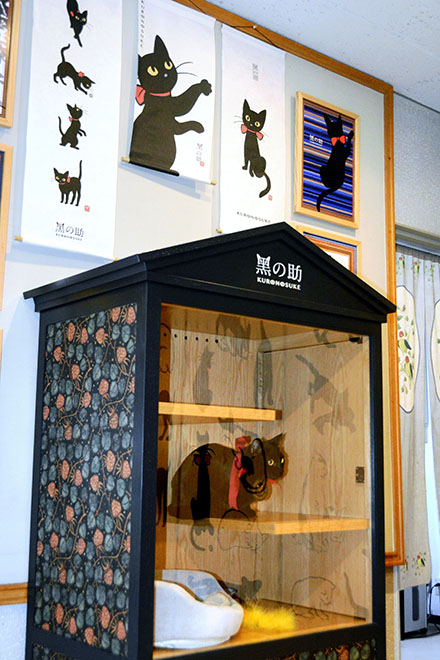 But it seems that he can be lazy sometimes, and sometimes calls-in sick, haha.

He originally came to the museum after he was almost run over by a car last year, so now he is safe in the museum with his co-workers and friends.

Does your cat, dog, or other animal friend have a job?