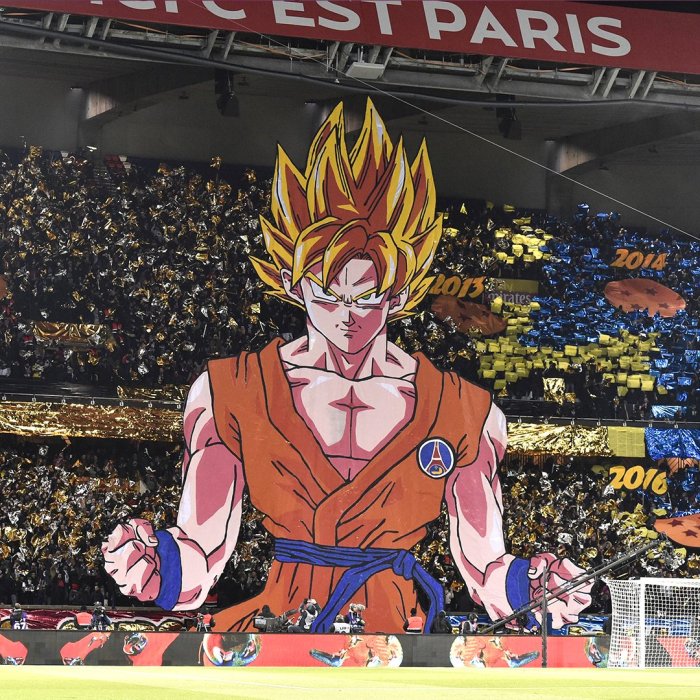 Fans of Paris Saint-Germain F.C. showed just how much they love anime during PSG’s game this Sunday by raising a Super Saiyan Goku Banner for the world to see. And they even brought six of the seven Dragon Balls–one for each of PSG’s prior League titles.

You can see how the giant Saiyan entered his Super Saiyan mode here:

And they are well-known for spending big bucks on some of soccer’s greatest players, such as Neymar, Thiago Silva, Edinson Cavani, Angel Di Maria, Dani Alves, and Javier Pastore. But even with all of these players, they still wish they had the strongest Saiyan of all–Goku!

But Goku wouldn’t join PSG for all of the Dragon Balls in the universe. Keep dreaming PSG!