Anyone that has traveled to Japan will tell you that “konbini” (convenience stores) are super convenient and all-around awesome places to grab some cheap/good eats. Oh…and they’re everywhere!

Well, now there is even more. Seven-Eleven Japan announced that by the end of the month there will be 20,000 Seven-Eleven stores n Japan! You will literally have them on every street corner, and in the middle of the block too. Heck, there might be a Seven-Eleven inside another Seven-Eleven. Is this Inception!?

But what is even more surprising is the reason for so many the stores. At first, I figured that people just wanted to have more cheap bento boxes (lunch meals) and places to buy their manga. But, it seems that Seven-Eleven have become the best spot for Japanese people to deliver the items they purchase online and via mail order. 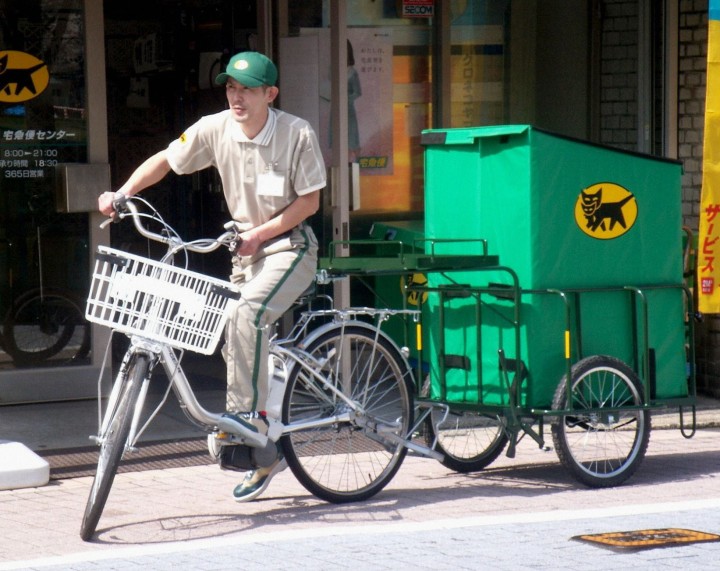 Yup, since many Japanese people are busy working during normal delivery hours, no one is at home to accept packages. But Seven-Eleven allows you to provide your local store’s address, so that you can pick-up your packages on the way home from work–24 hours a day! And, of course, you might as well pick-up some Seven-Eleven goods while you are there, right? This is like some crazy Jedi mind-trick to get people into their stores.

Seven-Elevens have also made it easier for older people to buy groceries, as they carry many of the items sold at supermarkets and are usually much closer to where people live. This means that your “Oba-chan” (Grandma) and “Ogi-chan” (Grandpa) don’t have to worry about walking too far.

Now the only problem for Seven-Eleven will be getting enough people to work for them, as part-time jobs are getting harder to fill. So if you want to go live in Japan, you might be able to work as a Seven-Eleven convenience store clerk!