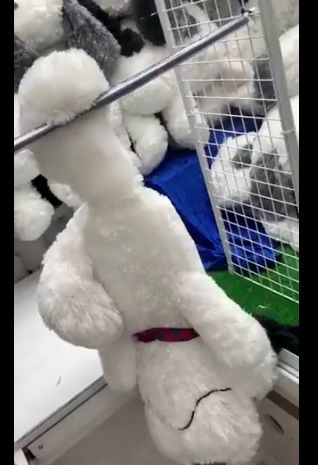 One Japanese Twitter user came across a crane game with a very strong toy, but in reality it was glued! Twitter user @Waclyy went to “Round One”, a Japanese Arcade center, recently and was trying to get a Snoopy doll out of one of the games. But after 3,000 yen ($28 US Dollars), Snoopy was not going anywhere.

And that’s when he had enough and complained to the staff! This is what they found:

As the video shows, this super strong Snoopy was actually glued to the bar! So he could have spent a lot more money, and Snoopy would have stayed in the same place. Of course, he was outraged, but noted that the staff didn’t seem too bothered by it.

And unfortunately, this isn’t the first person that has reported this problem, as you can see from @Lemon_Liver  here:

Japanese crane game arcades are very, very popular in Japan, and trust me, they are already hard enough. So it’s sad to see that some arcade centers are gluing their prizes down, and completely ruining the fun of playing these games.

Has this happened to you?