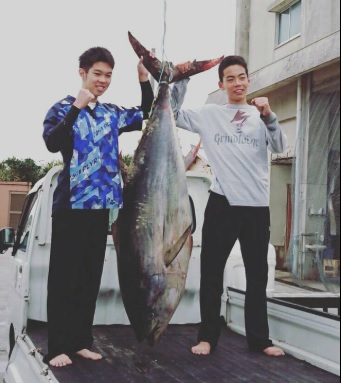 Who needs fishing gear when you have fists of fury? Two junior high school students in Amami City, Japan recently found themselves faced with a 215 pound tuna, and did what any person what do, they caught it!

It seems that the two students were headed to the Akagi Coast when they heard an elementary school student that was playing on the beach yell that there were sharks in the water. The two boys ran to see what was happening, but what they found was not a shark but a large blue fin tuna. Since the water was shallow, the two boys decided this was their chance to catch the fish. But they didn’t have any fishing gear or other tools. So they used their fists! They punched and kicked, and in about one hour, they caught it. 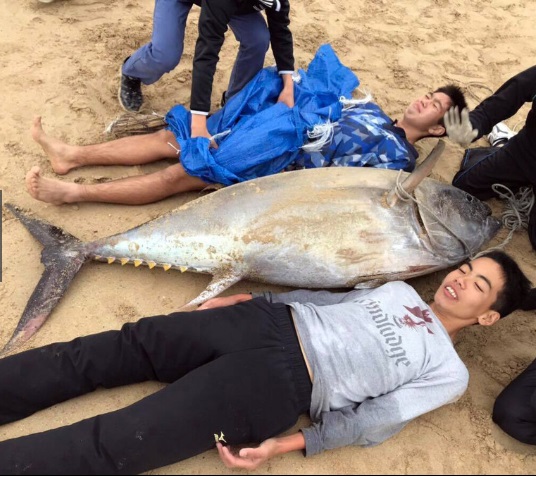 The tuna  ended-up being about the same length of the boys, and everyone was shocked at how they were able to capture such a big fish. And what happened to the fish? Well, the owner of a local izakaya prepared the fish and distributed it to the people in the neighborhood. Of course, the two boys walked-away with tuna steaks, so it was a good day for them. Not such a great day for the tuna.