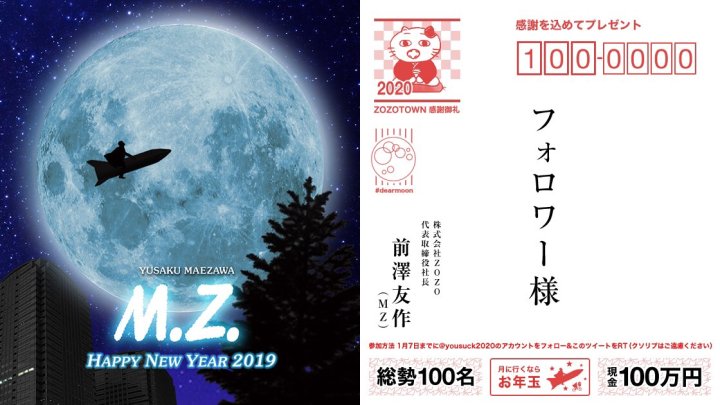 The Japanese Founder of online clothing retailer ZOZO, Inc., Yusaka Maezawa, has promised to share 100 Million yen ($925K US Dollars) to 100 people who followed his Twitter and shared his tweet by January 7, 2019. Well, it looks like his attempt to draw excitement has really worked, as he now has over 5.75 Million followers and the tweet has been retweeted over 5.48 Million times!

This number of retweets has now set a New World Record for retweets, and it demolished the previous record held by Carter Wilkinson. Wilkinson previously received about 3.4 Million retweets in an attempt to get Wendy’s nuggets for a whole year. I guess winning money is a bit more exciting than nuggets, since you can buy a lot of nuggets with 1 Million yen ($9,250 US Dollars).

If you are curious as to why there is a “rocketman” on the cover of Maezawa’s tweet, it is because he will be the first person to fly around the moon as a private passenger on SpaceX. Of course, he is being generous about that too, as he is currently looking for people to fly to the moon with him, for free!

I don’t think I’ll be flying to the moon with him, but I’ll be happy to take some of that 100 Million yen!