If you own a pet, and love really great deals, then get ready for one of the cutest collaborations you’ve seen. Beginning on June 11th, 3 Coins in Japan and Sesame Street are teaming-up to bring you some Sesame Street-themed pet items.

For those that don’t know, 3 Coins is a chain of stores in Japan which sell all of their items for 300 yen (about $2.74 US Dollars)–it’s called 3 Coins because all you need is three 100 yen coins to buy things, get it? But what cute things can you get for 300 yen? Any of these:

Backpacks! Because sometimes you’re dog doesn’t want anyone else eating his snacks, or maybe your cat wants to take a few different outfits for her day/night out.

But which outfits you ask? Well…

Everyone needs a “jinbei” for the summer, right? With all of the firework festivals that happen in the summer, your puppy or kitten will turn heads in these cool oufits. By the way, jinbei are traditional Japanese clothes, which many people wear during the summer, since they tend to be cooler than jeans.

But June is also the rainy season in Japan, so what can your furry friend wear?

Try one of these stylish raincoats, which come with their own little raincoat bag–because your pet can’t just walk around with a raincoat in their paws.

But sometimes your buddy just wants to be silly, so… 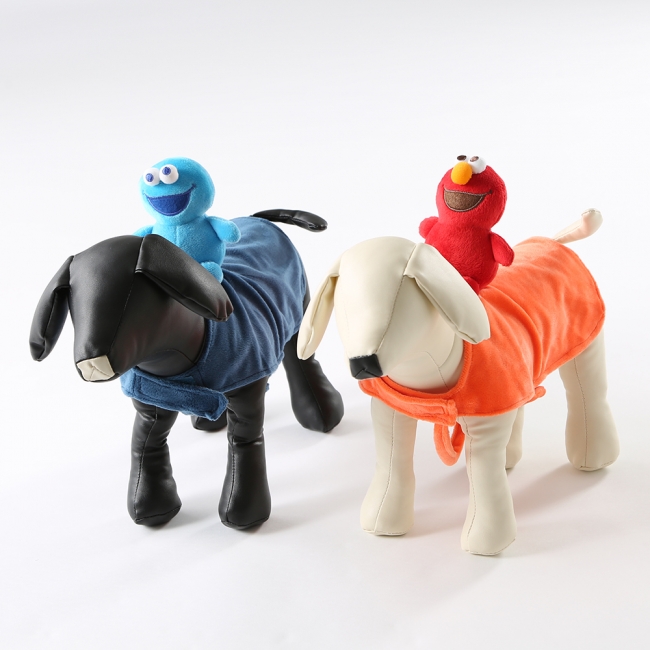 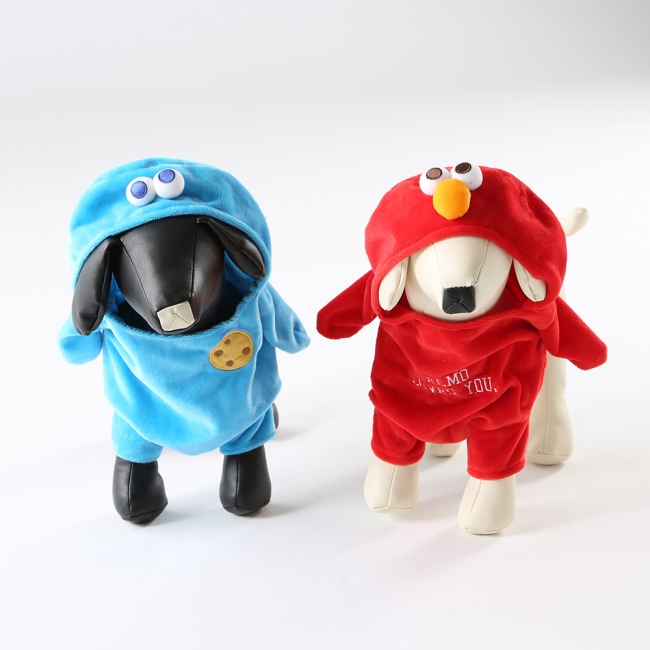 I mean you really can’t go wrong with either of these outfits. Just imagine your puppy giving Elmo a ride around your house, or watching your kitty “walking” towards you in a cookie monster costume. Haha! The cuteness is making my teeth hurt.

And did I mention that everything is 300 yen! Cute and cheap is a powerful combination. I’m guessing the streets of Japan will be filled with a lot of cute pets very, very soon!