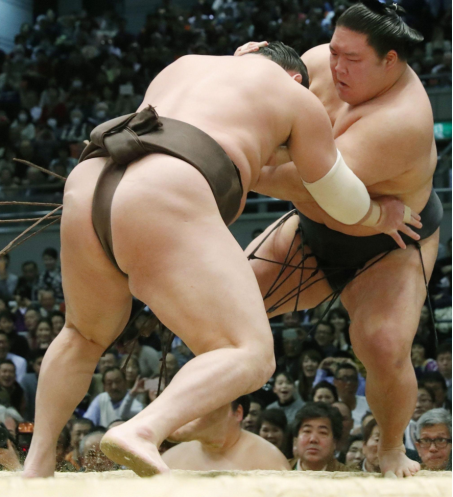 As he has done so many times before, Yokozuna Hakuho (11-1) has taken sole possession of the leaderboard—setting him up for a possible 36th career championship.

Hakuho faced Ozeki Goeido (10-2), who was tied for the lead before this match. But Hakuho charged at Goeido with such force, that it completely surprised and overpowered the Ozeki—leaving Goeido out of the ring and potentially out of a championship. 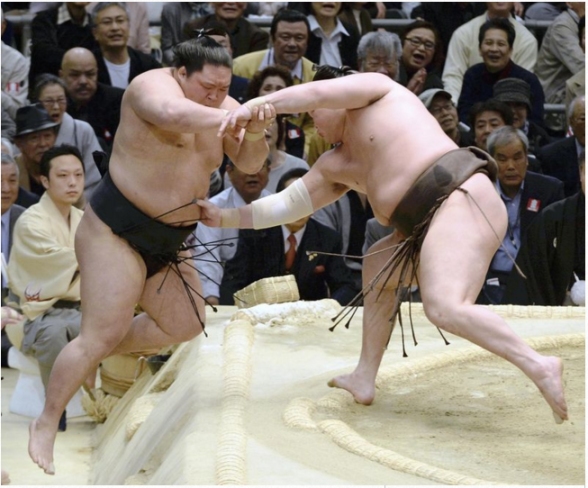 Ozeki Kisenonsato (10-2) seems to be following in Kotoshogiku’s shoes, as he suffered his second loss of the tournament to Yokozuna Harumafuji (8-4).

At one point, Harumafuji appeared to lose his balance, and was about to fall, but he somehow recovered. Kisenosato finally woke-up and tried to quickly pursue, but he rushed too much, allowing Harumafuji to force him down.

Yokozuna  Kakuryu (8-4) did not fare any better against Ozeki Terunofuji (8-4), as Terunofuji was able to execute a throw that left Kakuryu on the ground. This win also secured Terunofuji’s rank as Ozeki, so this tournament has already been a success for him.

Ozeki Kotoshogiku (8-4) was able to bounce-back after a couple of losses by defeating No. 3 maegashire Aminishiki (5-7).

Check-in tomorrow to see if Hakuho can continue his win streak.