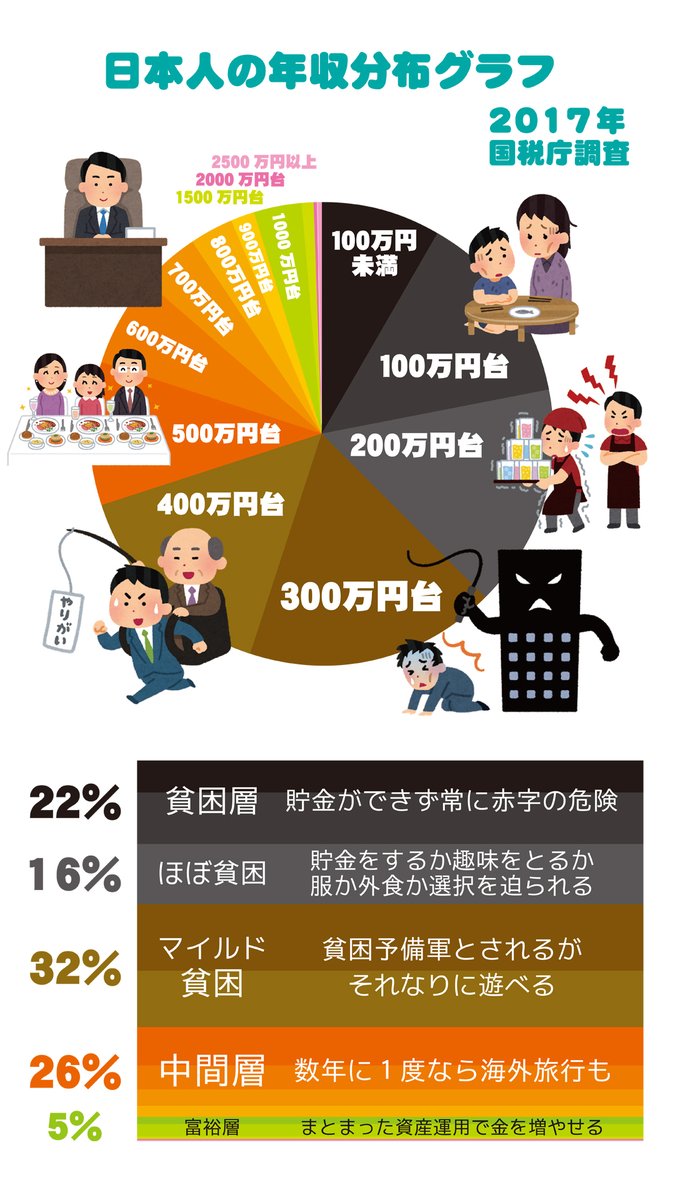 This is a chart of annual income in Japan, and though the drawings may be a bit funny, the story it tells is a sad one.

You don’t have to know Japanese to understand that the chart indicates that many people in Japan are not making very much money. In fact, the numbers show that 22% of people in Japan are considered very poor, another 16% are simply poor, and 32% are almost poor. However, it seems that most people in Japan have learned to live with these levels of income by using strict budgets.

Many Otaku in America and other countries have the dream of moving to Japan and living like the characters seen in anime or manga. But the reality is that when you get to Japan you actually have to get a real job, and most pay very little. Luckily, you can always find some cheap food in convenience stores, ramen shops, and conveyor belt sushi restaurants. Also, healthcare is inexpensive, and you can find housing—albeit very small rooms—for not much money.

We would like everyone to one day live their dream life in Japan, but don’t forget to try and save some money before getting here!