And we’re back after a short Golden Week break, and things are getting interesting.

When we last saw Captain Zaraki, Captain Hitsugaya, and Captain Kuchiki, they had combined their forces to bring down Sternritter Valkyrie. 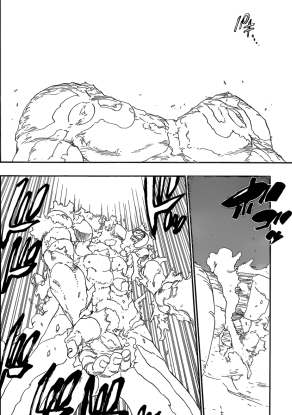 Captain Hitsugaya was left drained, as his new ultimate bankai form has taken its toll.

Before he collapses, Captain Kuchiki manages to catch him by the arm.

However, before they were even given more than a moment to rest, and enormous light engulfs them.

And of course, we knew that Valkyrie wasn’t going to go down so easily.

Next we see Yhwach sitting, and Ichigo appears! Finally, the fight will begin!

And we see Ichigo lunge at Ywach and slice him in two!

But wait. It was all Yhwach’s dream…or nightmare? That’s not fair, it looked so real.

And then we move to yet another fight, the one between Ishida and Haschwalth. And it seems that Ishida has almost been beaten to a pulp. But Haschwalth isn’t taking any chances, and fires a large arrow towards Ishida. 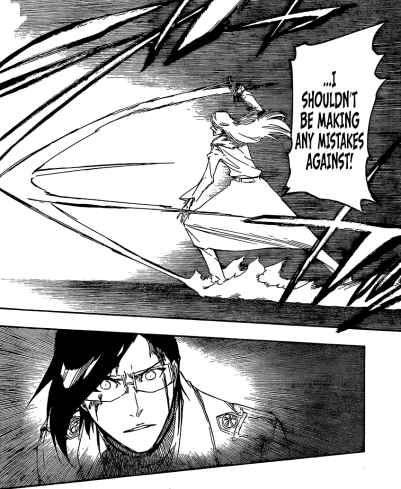 And then, we move to another scene! By this point, I feel like I’m watching a ping pong game, haha.  But we see Ichigo and Inoue prepared to enter Ywach’s inner sanctum, and Ichigo readies Inoue for the fight to come. 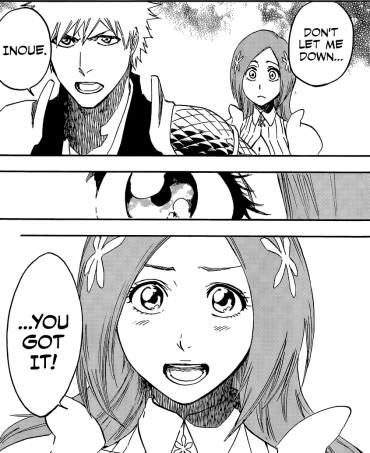 Inoue is happy that she is finally going to be able to help. Well, I guess we will see if that actually happens. No offense Inoue, but you don’t do much.

And Ichigo enters the room, and is face to face with Yhwach himself. Yhwach is pleased to see Ichigo, and calls him his “Son of Darkness”.

And there you have it. It seems that this chapter is setting-up all of the different fights that are going-on. So it was a chapter with a lot of scenes, but not a lot of action. Hey, everyone just came back from Golden Week, so they are probably easing into the fights.

I’m sure next week we will see a lot more fighting and excitement, so make sure to stop-by JapanSauce.Net!