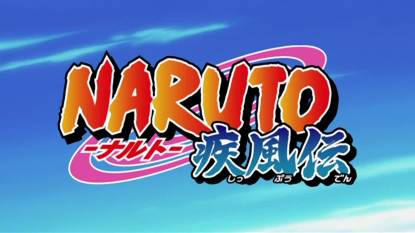 In the latest Naruto Shippuden filler episodes, we come to the story of Itachi, and learn how his experiences on the battlefield shaped his mind set and views of the world. 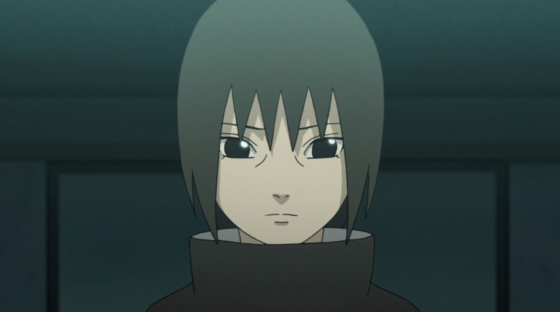 In this week’s episode 453: Itachi’s Story – “Light and Darkness: The Pain of Living”, we find Itachi as a genin, going on missions at a very young age.

Itachi and his father (Fugaku Uchiha) share a stroll through their clan’s village and discuss how things have changed since the Nine-Tailed Fox attacked 3 years ago, and how they  have been stripped of their authority and forced to live in the outskirts of the Leaf Village. Fugaku informs Itachi how many of his comrades have voiced their dislike for how the Leaf Village and the Higher-Ups have handled the situation, and that if they are to restore power back to the Uchiha name, something must be done. Itachi in the meantime, notices how his clan’s people hold his father in high regards–as they bow and give their thanks towards him when they walk by. He reveals to his father that it’s an honor to walk by him since he is the face of the Uchiha. Fugaku decides to treat Itachi to one of his favorite snacks, Dango (dumplings)! But the shop is all sold out.

They meet Izumi (a close female friend of Itachi’s) and she and Itachi catch up as they sit at a dock looking over a pond. Izumi wishes to give thanks to Itachi for his accomplishments since entering the academy and offers him some of the sweet dumplings she has with her, but feels that Itachi–being a very skilled ninja–wouldn’t have a sweet tooth. But the look on Itachi’s face says otherwise, as he keenly stares at the delicious morsels.

Izumi can’t help but laugh, never knowing that one of Itachi’s favorite foods is actually dumplings. And Itachi lets her know that one’s rank and gender has nothing to do with what one likes to eat. Izumi still can’t help but laugh at how ready Itachi was to use his sharingan to get the dumplings. She apologizes and says she will give him anything he wants.

As Itachi looks deep into her eyes, she realizes that what he wants she cannot give him.

Their conversation is interrupted by Tenma, one of Itachi’s teammates, who informs him of a new mission they must go on. Izumi tells Itachi that she will pray for him so that his sharingan awaken really soon, and that she will congratulate him when they do.

The mission at hand is to locate a Cat Ninja that’s hidden in the Den of Cats, where all cats go to congregate. And in order to be successful, they must wear a special ninja cat tool which is a cute set of cat ears. Itachi couldn’t look any cuter with those feline ears on him.

The Team splits up as they try to find intel on the Cat Ninja’s whereabouts. Tenma lets Shinko (the female of the team) know that the cat they’re looking for has special whiskers that his Clan’s leader (father) needs as a treatment for his illness. Shinko teases Tenma when he asks that she not let Itachi know about this, fearing that he might disapprove of his actions. Meanwhile Itachi, who has come to meet up with them, is just outside the doors listening to them argue about how skilled and bright of a shinobi he is for his young age.

The team re-groups with Sensei Minazuki (the team leader) where they find the Cat Ninja wallowing in a drunken binge over his miss-luck with finding a suitable feline bride– which he needs to save his clan. Minazuki, Tenma and Shinko are easily taken down by the Ninja Cat, but Itachi skillfully captures him, cuts off his whiskers, and manages to save Tenma–who catches the falling whiskers before he falls into a hole in the floor.

With the mission complete, Itachi comes to realize that as a clan grows so does the village, and the bonds that are formed with it. Itachi realizes that friends will go to great lengths for one another because of these special bonds. This couldn’t be any truer than when Itachi and his team were face to face with the masked Obito Uchiha.

Tenma, trying to repay Itachi for saving his own life during the Cat Ninja mission, charged the masked Obito Uchiha, who easily killed him and his entire team–leaving Itachi as the sole survivor. With this sadness, Itachi’s sharingan was finally awakened, and he learned what true pain feels like when a precious life is lost. 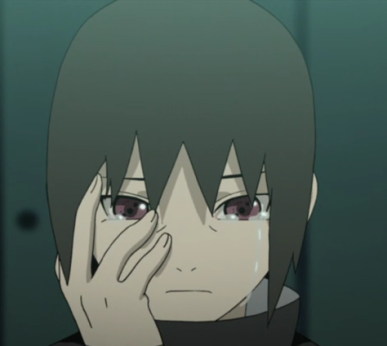 Itachi, hugging Sasuke close to him, ponders if Sasuke will ever have to awaken his sharingan by witnessing and experiencing the true pain of losing something, or someone, that is precious.

In this episode we come to realize just how complex and deep a character Itachi is in the Naruto world, and how the events in his life have shaped his shinobi way of thinking–which I feel was one of deep and profound love and admiration for the village, his family, friends, and especially his little brother.

I hope you enjoyed this review, and please stop-by next week as we review another episode of Naruto Shippuden.