Another place that we mention in our Cheap Entertainment In Japan! is the very popular Odaiba, which hosts many of the large music and anime events in Tokyo, Japan. But there are tons of things to do in Odaiba, and here is our list of Top 10 Things you should do in Odaiba!

1. Join Forces With A Real Gundam 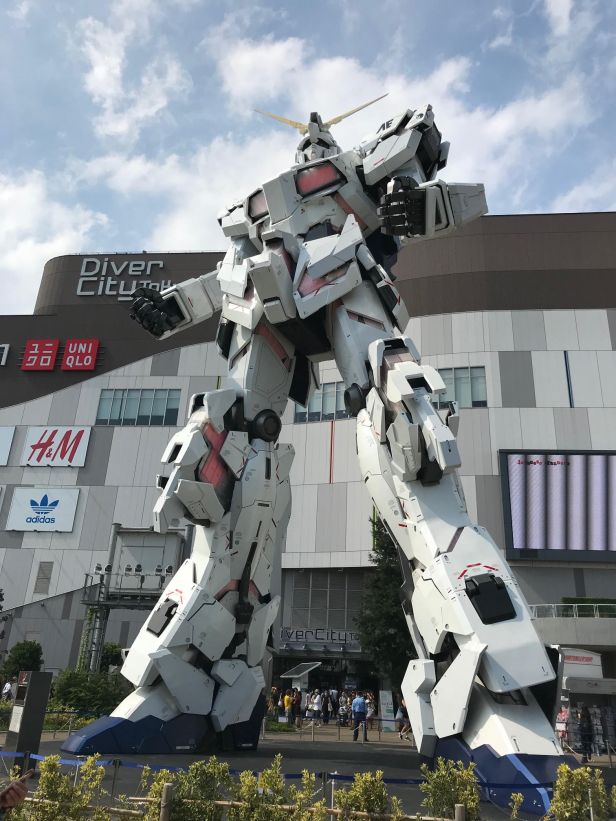 Head to DiverCity Plaza and bear witness to a life-sized RX-O Unicorn Gundam, which stands a whopping 65 feet tall and weights 98,000 lbs!

This Gundam actually transform from its “Unicorn” mode to a “Destroyer” mode, and at night the RX-0 glows bright in 50 different spots, to show everyone in the galaxy that it means business. While there, you can see projections of Gundam anime clips on the exterior of DiverCity, as well as awesome Gundam theme songs.

Make sure to get a picture with the Gundam!

Many of Fuji TV’s shows are filmed at Fuji TV Station, and I’ve actually had the opportunity to be in the audience of some. But even if you don’t get to attend a show, you can still take a free tour of the station. You get to see the sets of some of the shows, and there is a “stamp rally” throughout the tour. If you get all the stamps, then you will get a free prize at the end!

Another great attraction that is located at Fuji TV Station is the giant spherical observatory, called Hachitama, where you can great a wonderful panoramic view of the island and see as far as Tokyo Tower.

3. Become A Work Of Art At The Mori Digital Art Museum 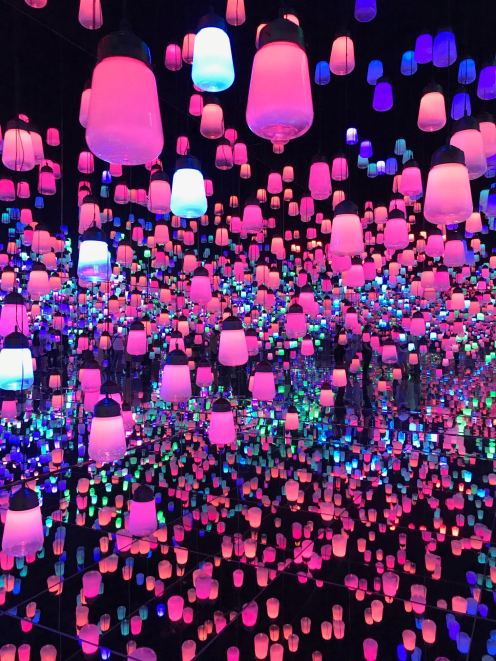 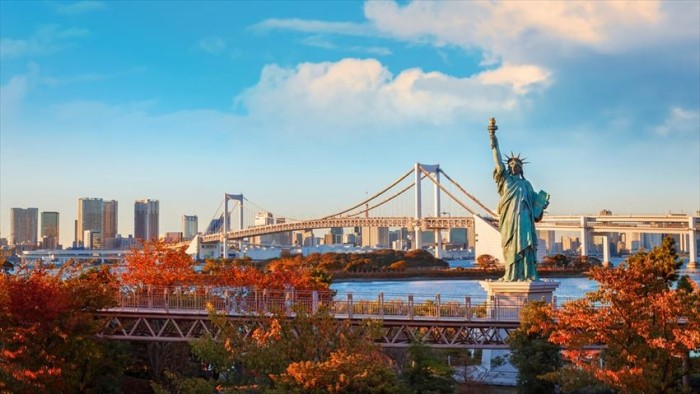 As you are crossing the bridge to Odaiba, you can’t help but notice a replica of the Statute of Liberty standing proud in front of the Rainbow Bridge. For those people who haven’t had the opportunity to travel to New York and see the real Statute of Liberty in person, this is the next best thing. It has also become a wonderful place to get a picture of your time in Odaiba. So get those cameras ready!

5. See The Future At Miraikan

Miraikan is a museum in Odaiba that showcases a lot of the innovative ideas that have brought things like artificial intelligence and robots to life. And yes, you can talk to some of their robots and androids, while you are there.

They also have a great section geared towards space and astronomy, so you can marvel at the wonders of the universe. And if you want to relax a bit, they even have a huge spherical dome theater which showcases 3D images.

Standing at 377 feet, the Ferris wheel in Palette Town in Odaiba is the 2nd tallest Ferris wheel in Japan. From the top of this wheel, you will get a great view of Tokyo Tower and the Rainbow Bridge—which is colorfully lit at night too!

After you ride the Ferris Wheel, you can head to Venus Fort in Palette Town, which is a large shopping mall in Odaiba. But the best part of this mall is that the interior is designed to replicate a 17th Century European village! You will see blue skies and a beautiful fountain at the center. It is air-conditioned and a great place to stroll with your friends and family.

8. Jump Into The World Of SEGA

Joypolis is one of Japan’s largest indoor amusement parks, which is dedicated to all things SEGA and video games. It has roller coasters, 4-D rides, immersive virtual reality games, and a carnival-like atmosphere. It lands on the pricier end of things to do at Odaiba, but well worth it.

Checkout this video about what you can do there: 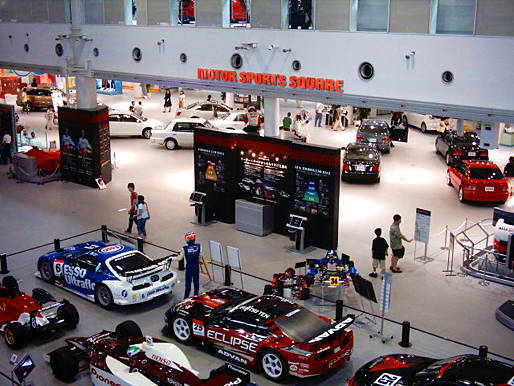 This is a neat place for car lovers, as it showcases all of Toyota’s cars, as well as several very amazing concept cars. You can get up close and personal with some futuristic designs, and there is even a place where you can get free test drives of the Toyotas. But sorry, you can’t ride the concept cars, haha.

Here is a short video from Toyota Mega Web if you want to learn more about it:

As you are winding down your day of fun at Odaiba, you should find a nice spot with a view of the bridge connecting Tokyo and Odaiba and wait for the wonderful colors to appear. As sunset comes, the lights on Rainbow Bridge turn on, and you can quickly see how it got its name. This is one of the most beautiful places to take a picture in Tokyo, and truly a sight to see with someone you care about. You can’t miss it!

Alright everyone, we hope that this gives you an idea of the Top 10 Things to do in Odaiba. So grab a friend, family member, or significant other, and head to Odaiba for an amazing day of fun!