Finally, after all the painstaking filler episodes we’ve had to endure. It seems that our favorite Orange Ninja is back on the main screen again!

We see Team 7 together again like old times. The animation is spot on in this episode with some epic transformations going-on so let’s get into it.

This week’s episode encapsulates all that Itachi’s life and legacy was all about in the shinobi world. 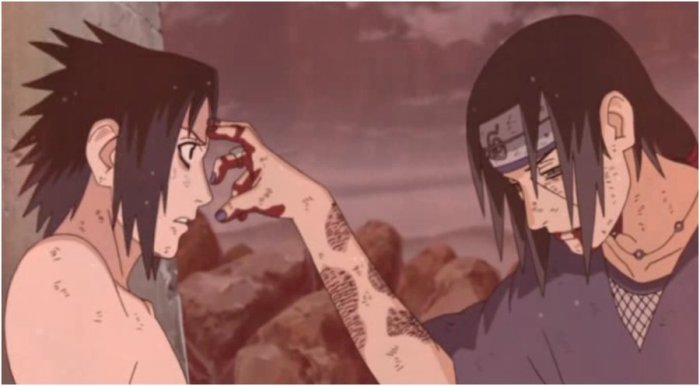 We now transition back to where we left last time, before the fillers.

Madara is the main reason for the 4th Great Shinobi War going on right now. Kakashi and Team 7 are at the forefront to stop this maniacal opponent. Madara has just trapped everyone in the Infinite Tsukuyomi and hopes to attain greater power than that of the Sage of the Six Paths. He plans to stop all the endless fighting that has plagued the shinobi world, which Hashirama and himself first attempted to do after their experiences on the battlefield. Madara plans to fix the mistake left by Hashirama’s efforts to reform the shinobi world. By putting everyone in a deep dream, he plans to achieve a perfect world. But Madara’s plan is cut short, literally, as Black Zetsu punches a fist through his chest. 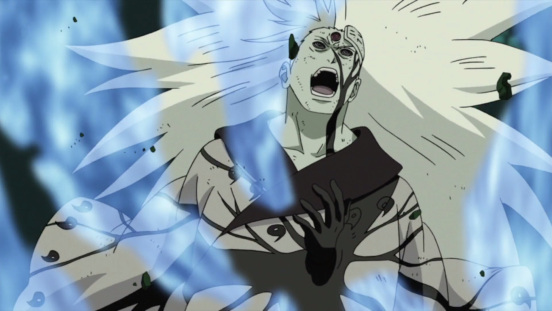 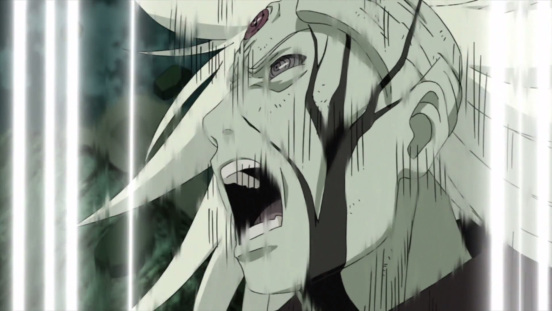 Thus, revealing that Madara was nothing but a tool used by Black Zetsu who is actually Kaguya’s will incarnate.

Kaguya is the mother of Hagoromo (Sage of the Six Paths) and Hamura. With everyone trapped in the divine tree, Black Zetsu plans to absorb their chakra, and Madara’s, in order to bring forth the mother of all chakra the Princess Kaguya Otsutsuki.

It’s revealed by Black Zetsu that the purpose of the Infinite Tsukuyomi is not a jutsu that brings a peaceful dream, but rather a jutsu that helps obtain an enormous amount of chakra. Black Zetsu reveals that the White Zetsu seen before were actually what was left after the previous Infinite Tsukuyomi was used by Kaguya which slowly overtime converts ordinary people into White Zetsu soldiers that she could use in combat. Madara was deceived by what was written on the Uchiha stone tablets since Black Zetsu made revisions long before Madara or anyone else lived. The original stone tablet left by Hagoromo warned of the coming of Kaguya, the powers that could be achieved by eating the forbidden fruit, controlling the ten tails, and using the Infinite Tsukuyomi. But now all hope hangs in the balance, as the once revered Rabbit Goddess is brought back to reign as the Demon image that is Kaguya Otsutsuki.

So, it seems that we are now back on track with the regular Naruto Shippuden episodes, instead of fillers and I’m so excited! In this epic week’s episode we finished off the Life and Legacy of one of the greatest shinobi in the ninja world, Itachi Uchiha, synonymous for his genius and elite fighting skills. I personally loved these episodes of Itachi because we never really got any background on him in the beginning of Naruto–and he’s one of my favorites in the Naruto series, so that was cool.

But we’re finally back to seeing more of our favorite ninja, Naruto, as he tries to confront a formidable opponent in Kaguya with the help of Team 7. All in an effort to bring an end to the 4th Great Shinobi War.

How will our fighters stop this evil power? Stay tuned for next week’s review as we shed more insight! Thanks for stopping by JapanSauce.Net and make sure to like and leave a comment below!